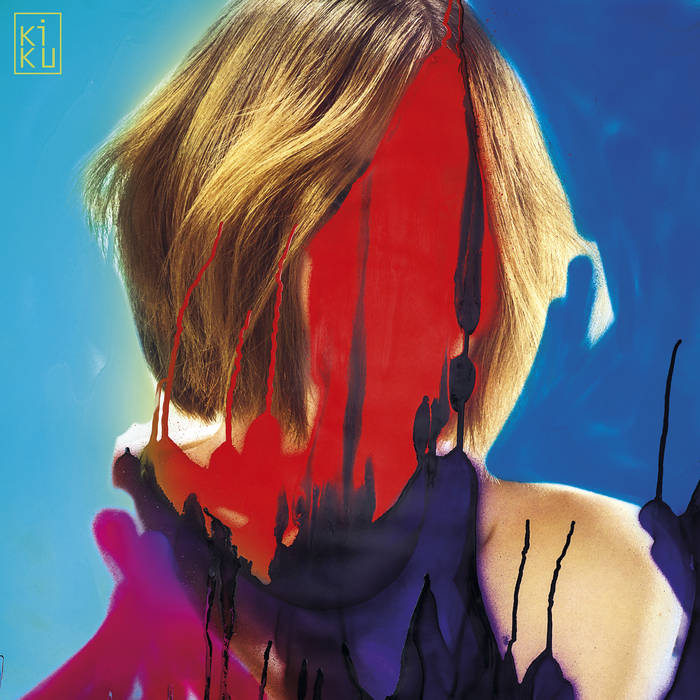 The album “Marcher sur la tête” was the first project undertaken by KiKu, the duo of Yannick Barman and Cyril Regamey, who encountered each other at Lausanne Conservatory. This project was the start of an in-depth involvement, with voice and text as the crucial starting point, providing scope for their musical work: on 20 January Lenz walked through the Vosges to Waldbach in dank, foggy weather.
He experienced the mountain scenery and nature as surreal and forbidding and felt pursued by madness that seemed to hunt him down on horseback. He lost his grasp of time and space, experiencing a temporarily disordered mind and states of anxiety. An unrevised, incomplete text that is indisputably one of the masterpieces of German prose, a broad field… It is exactly this dreamy and delusional, sometimes idyllic, but always driven sound that marks the style of this first work from KiKu: they take possession of some key passages from Büchner’s work and scatter them freely in their pieces, which are plumbed, heightened and taken to the sheer limits of the imaginable by David Doyon’s electrifying guitar. You can hear Lenz’s nightly baths in ice-cold water, or his later self-harm (“He often banged his head against the wall, or put himself through some other violent, physical pain”) – vain attempts to affirm the existence of an objective reality. The voice that carries the work and brings it to perfect expression belongs to none other than Blixa Bargeld, vocalist with the German band Einstürzende Neubauten. Bargeld leads the public through this surreal and narrative universe as a seductive agitator. With “Marcher sur la tête”, KiKu has succeeded in combining poetry and musical adventure in an innovative album of great intensity.

The second album, entitled “Eng, Düster und Bang”, is based on a text by the German writer Jean Paul. The first flower piece from the novel “Flower, fruit and thorn pieces; or, the married life, death, and wedding of the advocate of the poor, Firmian Stanislaus Siebenkäs” is captioned “Rede des toten Christus vom Weltgebäude herab, dass kein Gott sei”, or “Speech by the dead Christ from the Universe, confessing that there is no God”. Blixa Bargeld carried Jean Paul’s text around with him for a long time before eventually suggesting it to KiKu as the basis for another collaboration. The text is a masterpiece of the German language and a key document of modern atheism, as well as being the autobiographical testimony of the author, who was brought up in a vicarage. One summer evening, the narrator falls asleep outside and dreams that he is awakened in a cemetery, at one hour before midnight, by the chimes from a clock tower and watches as all the graves open up. The day of the Last Judgment appears to be dawning because at the same time everything is shaken by an earthquake, just as depicted in apocalyptic fantasies for thousands of years. The narrator enters the swaying church, where all the dead gather as shades around the altar. We become witnesses to a type of cosmic Mass, when suddenly Christ descends on to the altar from above. All the dead spontaneously call out, filled with fear, as if they sense it: “Christ, is there no God?” And he, the Revelator, who proclaims the truth, says only: “There is no God.” Christ as a pitiful creature, drenched in tears. The world is engulfed and the corpses, which were only ever shadows, disintegrate. The Last Judgment and eternal life with God in Heaven do not await Mankind, only a tumultuous chaos in an eternal night filled with pain.
In this project, the text is split into a sequence of pieces and songs that can be listened to as a whole, as a suite. Rich and inspiring grooves and ecclesiastical-sounding melodies merge into a suggestive maelstrom. Just like Jean Paul’s words from Blixa Bargeld’s mouth, the composition seems to be a cosmic and religious, indeed an ideological vision that is not just current, but timeless. At some points, just as on the first album “Marcher sur la tête”, the New York rapper Black Cracker takes on the narrator’s role and casts a spell on the listener with his striking and personal poetry, expanding the acoustic field that composer Yannick Barman has created: melancholy, driving elemental forces and instincts, but also intermittent musically enlightening glimmers of hope and gentle choral, even playful, clouds above a world in fearful turmoil.

Bandcamp Daily  your guide to the world of Bandcamp